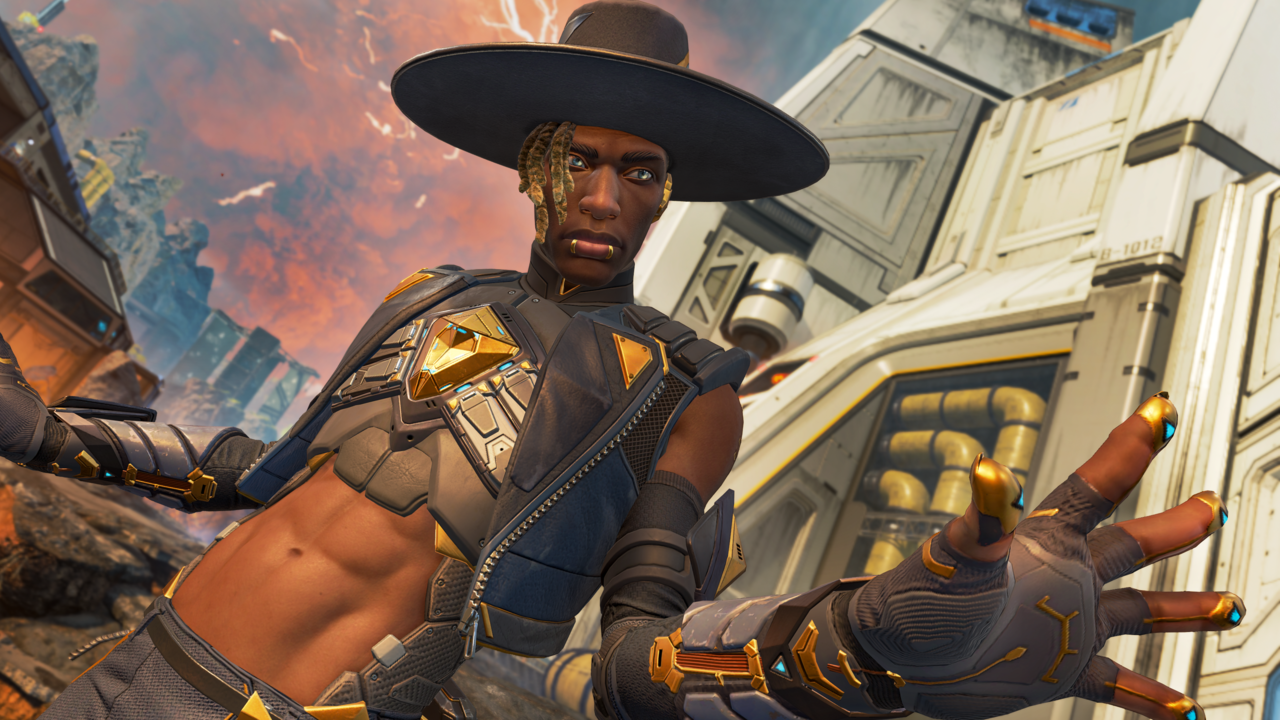 Apex Legends Emergence kicks off next week. Season 10 of Respawn’s battle royale introduces Seer as a new playable legend, decimates World’s Edge with some major map changes, and implements major balancing adjustments to several weapons and characters, including a much-needed nerf to the EVA-8 shotgun and a long-awaited buff to Caustic.Below, we go over everything we currently know about Apex Legends Emergence–without the full patch notes, there are certainly changes we still don’t know about. But we do know quite a bit already, including the lore and abilities for Seer, what three maps are coming to Arenas, and how the new Rampage LMG works. All that and more is detailed below.

Apex Legends Emergence is scheduled to begin August 3, following the conclusion of the limited-time Thrillseekers event.

Respawn has not yet released the patch notes for the Emergence update. If the studio sticks to the pattern of past seasons though, we can expect to get them the day before the new season starts–in this case, August 2.

Season 10 introduces Apex Legends’ 18th playable character, Obi aka « Seer. » Seer is a recon character; his ability kit makes him more of a tracker like Bloodhound than the more scout-like Pathfinder, Crypto, and Valkyrie. He is geared towards hunting down enemy squads in close quarters.

Passive Ability: Heartseeker – While aiming down sights, Seer can hear the heartbeat of nearby legends, helping him discover their location.Tactical Ability: Focus of Attention – Seer releases several minidrones and after a delay they mark all enemies in front of him, interrupting their use of healing items/revives and revealing their locations and health to Seer and his allies for eight seconds.Ultimate Ability: Exhibit – Seer throws out his heart chamber, which releases hundreds of mini drones that form a sphere. Enemies that move quickly or fire their weapons in the sphere are marked, revealing their location and footsteps to Seer and his allies. Enemies can destroy the heart chamber by shooting and destroying it, in a similar manner to stopping Crypto and Horizon’s ultimate abilities.In terms of lore, Seer has a complicated history, one informed by an old folktale called « The Moth and the Flame. » Chapter 1 of the story details that a king and queen locked their daughter who was blind away in her room to protect her from the world, but when a man’s beautiful singing voice caught her attention, she fell in love with him. He, in turn, fell in love with her. Out of fear that the couple’s love would endanger their daughter, the king and queen jailed the man.The Moth and the Flame: Chapter 1 pic.twitter.com/jtapFPiqPD — Apex Legends (@PlayApex) July 15, 2021Chapter 2 then details how the princess would bring a candle to her window to signal her lover to come to her, but when he didn’t, she began to cry. Her candle attracted a moth, who flew into the fire, but he was saved when the princess’ tears extinguished the flame. The moth promised to help the princess find her love, but only under the condition that he could be reborn as her child to escape his curse of blindly following the light. The princess agreed.The Moth and the Flame: Chapter 2 pic.twitter.com/M8sb05r2kg — Apex Legends (@PlayApex) July 16, 2021Finally, in Chapter 3, the king and queen burned the young man at the stake to ensure their daughter would simply return to the safety of her room. The fire, however, attracted the attention of the moth, who blindly flew into the fire, leading the blind princess into the fire too. As time went on, this folktale would continue to be told, evolving into a prophecy that one day the cursed moth would be reborn as a human child, one who will blindly lead humanity to destruction.The Moth and the Flame: Chapter 3 pic.twitter.com/YZgkphcB2c — Apex Legends (@PlayApex) July 17, 2021As Seer was born with glowing eyes and to a mother with a moth tattoo and on a day when a fiery meteor destroyed his planet’s moon, those around him in his community believed him to be this foretold cursed child. He was shunned, but his father taught him about how to command minidrones and his mother gifted him with dance and an appreciation for art. Seer took their lessons and developed a mesmerizingly elegant but brutal fighting style that combined the two, earning him nine years of accolades in the underground arenas. His fame got him a place in the Apex Games.

Emergence introduces a number of buffs and nerfs to existing legends. The ones we know about are listed below.Caustic (Buff)Instead of five ticks of damage per second, Caustic’s gas will now increase in damage every other second (so 5, 5, 6, 6, 7, 7, etc.) with no limit on how much it can increase.The gas cloud created from Caustic’s Nox Gas Grenade dissipates five seconds sooner.Revenant (Nerf)Enemies will get an audible and visual indication when Death Totem’s death protection is about to end, letting them know that Revenant and his allies are about to be vulnerable.Horizon (Buff)Horizon’s ability to maneuver while in the air on her Gravity Lift is adjusting to be closer to how it was in Season 7, prior to her substantial nerfs in following seasons. It’s not a total revert though.Fuse (Buff)Fuse’s Knuckle Cluster will last twice as long, allowing him to deny areas for longer.Enemies caught in The Motherlode will be highlighted (even if they’re in a building or behind a wall), making it easier for Fuse and his allies to plan their follow-up attack.

During Season 10, the Arenas maps based on existing Kings Canyon, World’s Edge, and Olympus landmarks are being rotated out. So no more playing Arenas on Artillery, Thermal Station, and Gardens.In their place, three new landmark-based Arenas maps are rotating in: Kings Canyon’s Hillside, World’s Edge’s Dome, and Olympus’ Oasis. These three maps will exist in the Arenas playlist rotation alongside Phase Runner, Party Crasher, and Overflow.

We tapped @staycationtg to arm you with info about our newest weapon so you’re ready to cause a ruckus when Emergence begins Aug 3. pic.twitter.com/oAcqYiu0Vw — Apex Legends (@PlayApex) July 28, 2021

At the start of Emergence, the Prowler will rotate out of Care Packages and once again become a ground loot weapon. However, the gun will only have burst fire mode; you won’t be able to switch it to automatic fire.In its place, both the Spitfire and Alternator are rotating into Care Packages. In Care Packages, the Spitfire will revert to its pre-nerfed state and the Alternator will automatically come equipped with Disruptor Rounds, a dangerous hop-up that was added to Apex Legends in Season 2 and then immediately removed in Season 3 for how powerful it was. Disruptor Rounds amplify damage against shields, shredding through even the strongest body armor in momentsBecause of these Care Package adjustments, in Arenas, you’ll be able to buy the Prowler and no longer be able to purchase the Alternator or Spitfire.In terms of hop-ups, both the Anvil Receiver and Quick Draw will be removed from the game at the start of Emergence. The traits of the Quick Draw will be automatically implemented into pistols, though to a lesser degree.In their place, Apex Legends is getting a brand-new hop-up: Boosted Loader. This hop-up goes on the Hemlock and Wingman, changing the guns so that they reload faster and get bonus ammo if reloaded at the right time. Similar to Deadeye’s Tempo, it’s a timing-based hop-up.Emergence will also change the L-STAR. The LMG will now also take barrel stabilizers and extended energy magazines. Higher level energy mags will increase the time it takes for the L-STAR to overheat and will cause it to cool faster when it does.And speaking of speed, the fire rate for the EVA-8 when it has shotgun bolts equipped is being nerfed. Additionally, reload speed will no longer be tied to extended magazines starting in Season 10. Instead, that trait will now be tied to standard stocks and sniper stocks.And speaking of sniper stocks, Marksman Rifles will start taking sniper stocks in Season 10 as opposed to standard stocks.

Ranked Arenas is coming to Apex Legends in Season 10. Similar to Ranked Trios and Trios, Ranked Arenas and Arenas will exist as wholly separate playlists. When Season 10 starts, you’ll have to play 10 Ranked Arenas matches to figure out where you’ll be placed.Unlike Ranked Trios, there is no entry penalty to Ranked Arenas at the higher ranks. You don’t earn points based on how many kills and assists you get either. You simply gain points for winning and lose points for losing. Your Arenas rank will exist separately to your battle royale rank.